Chill:  A documentary film about the modern-day journey to motherhood
By Fertility Authority 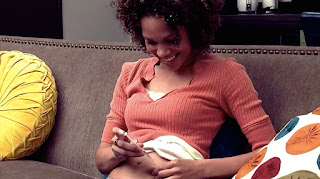 Chill is a touching documentary about a single woman fighting to preserve her fertility and dreams of motherhood through egg freezing in her mid-thirties. Jennifer Frappier documented her feelings, thoughts, and experiences in the weeks leading up to her egg retrieval while also directing and producing the film.

"I made the decision to freeze my eggs to possibly extend my fertility," said Frappier.

During my egg freezing research I read a lot of stories with asterisks next to the woman’s name and there was never a photo. It was frustrating to me that women felt like they had to hide their identity. I wanted to document my experience to attach a face, a person, that people could identify with, to the egg freezing process.”

The film documents everything from her daily injections, monitoring ultrasounds, and other incidents, including a setback that threatened her success. Jennifer refers to the threat that caused her to have to stop the cycle and start again, as the “Monster Follicle”.

“That surprised me during the egg freezing process…It was disheartening,” Frappier revealed.

She also shared that one of the most difficult things about the process was figuring out how to explain her decision and the process to the people close to her, in particular, her parents, and grandparents.

Frappier said that one of the best parts of the process was when she woke up from the retrieval procedure, the embryologist handed her a photo of her eggs. She keeps the picture in a frame on her dresser.

Her best advice to women who are not sure if they want to freeze their eggs: research. Frappier suggests talking with women who have done it, those who decided not to or others who are considering it. She encourages women to connect with her during or after their egg freezing journey.

It’s been a long road but Frappier said it’s been worth it and she feels relieved and proud. She said the premiere of her film was emotional. “When it started rolling, I had a panic moment and whispered to a friend sitting next to me, I change my mind! As it played and I heard people's reactions: laughter, oohs and aah and a few sniffles; it was incredible. At then the end of the film, everyone started clapping.”

Frappier said she is celebrating the completion and release of her film and plans to submit it to festivals. She was recently notified that Chill is an official selection for the Women's Only Entertainment Film Festival. Her goal is to assist in creating a space where women feel supported and encouraged on their egg freezing journey. Frappier suggests that others connect with her by emailing chill.jenni@gmail.com or joining the Chill mailing list for updates.
Posted by Jenni at 7:00 AM