Egg freezing has arrived in New Delhi! Although the procedure is fairly new to India, the concept of women racing against their biological clock is not. 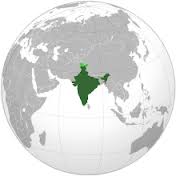 Deepika Gupta is a 35 year old career focused lawyer who is still looking for Mr. Right. In the meantime, she has decided to freeze her eggs.

"Many women are coming forward to preserve their fertility as either they don't want to have a child now or haven't found the right person. Every month we get four-five queries about egg freezing and one or two of them come in for the procedure," says director of the Surrogacy Centre India Healthcare, Shivani Sachdev Gour.

Egg freezing was originally available only for medical reasons. Offered to cancer patients before going through chemotherapy, it was the best option to preserve their fertility.

Both scientifically and socially we’ve come a long way. Egg freezing is now available to a larger group of woman and like the Pill, is considered a lifestyle choice.

To read more about India's progress on egg freezing, click here.
Posted by Jenni at 9:06 AM