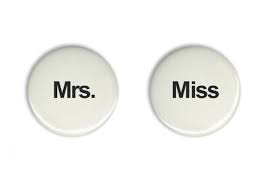 If you haven't heard, there are some people that have serious beef with China and their egg freezing policies. And yes, I'm one of them.

It all started this summer when Xu Jinglei, actor and director, unapologetically shared that she froze her eggs in the United States. Unfortunately, this was not well received in China for two reasons:  her age and marital status.  She's 41 and single.

China's Ministry of Health has set some new boundaries for egg freezing:  "Chinese couples interested in using assisted reproductive technology must present their marriage certificate, identity cards and birth permits and prove that at least one partner is suffering from fertility difficulties if they want to use the technology."

Wait a minute.  It's my understanding that single Chinese women don't receive birth permits and for obvious reasons don't have marriage certificates.  Is the Ministry of Health saying that unmarried women are not allowed to go through the egg freezing process?


I'm not saying wedded women wouldn't want to freeze their eggs, but "in one survey conducted by researchers at New York University, 88 percent of women who froze their eggs cited the lack of a partner as one of their reasons for delayed childbearing."

Dear China, I think egg freezing is more of an immediate issue for the single ladies.

The thing I love most about Xu Jinglei in the article:  she stood up for herself.  She didn't take on the shame that people were throwing her way about being 41, single and/or freezing her eggs.  She simply said, "The only thing I regret is that I'm a little bit late in doing so."

I've heard similar responses from women  who've gone through the egg freezing process. The general consensus?  If they would have been more informed about their fertility, they would have frozen their eggs sooner and saved themselves some worry.