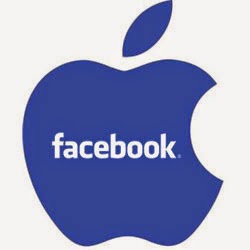 There's been a ton of talk in the last couple weeks regarding Facebook and Apple adding egg freezing, for non-medical reasons, to their long list of employee benefits.  In January 2014, under surrogacy benefits Facebook began covering the procedure up to $20,000. For Apple, the perk falls under fertility benefits, also covers up to $20,000 and begins January 2015.

How amazing is that?!

Since the news was announced, the egg freezing articles are popping up in my Google alert like no body's business. One afternoon, I ventured into the world below, the place they say to never go -- the comments section. Wow!  Mastin Kipp was right, "That IS where the real action happens."

Perusing through the comments (Man, people can be harsh!), two main themes struck me:


First, there's a general misconception about what egg freezing is.  Don't get me wrong, there's a grasp of the basic knowledge that eggs are removed and frozen, but people don't understand it's a process to even get there.  The aspiration and freezing are the last piece of a 9-12 day (once your follicles are cooperating) journey that includes:  doctor's visits, ultrasounds, blood tests, hormone shots and a roller coaster of emotions.  (By the way, for those who may not know, the egg freezing process is identical to the first half of what someone going through IVF experiences.)

Second, there's a negative assumption about the type of women who choose egg freezing for non-medical reasons.  The most common words used to describe these women are:  selfish, want to have kids on a schedule and career driven.  I imagine there's a group of people in a conference room somewhere strategizing to market the procedure that way, but I don't think "climbing the corporate ladder" is the main reason women choose to do it. Most of the women I've spoken with or read about, froze their eggs because life didn't turn out exactly how they planned.  In the simpler terms, they haven't found an appropriate partner and those eggs aren't getting any younger.

Just to be clear - Egg freezing is not a magical solution that gives a woman what she wants, exactly when she wants it.  It isn't the go-to choice for family planning.  It's an option. I repeat, it's an option to possibly extend fertility.  Just like everything else in life, there are no guarantees.  For those who take the egg freezing journey, they know that with the help of modern medicine, they did everything in their power to have a family later in life.

If the company you work for offered egg freezing as a benefit, would you take advantage of the perk?